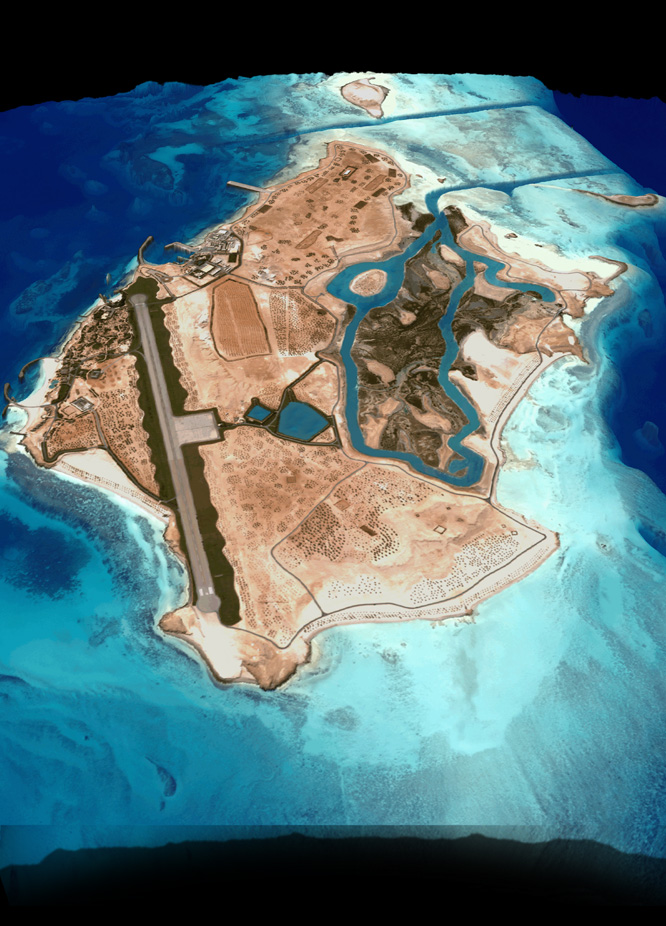 Please vote for us giving 5 stars for “From the sea to the land, seamless 3-D visualisation of Al Quaffay Island” online.

The EOMAP Bathymetry image in the competition is generated in a workflow that derives the physical properties of aquatic environments from multispectral WorldView-2 data in 2m resolution. For the land topography, the ASTER Global Digital Elevation Model in 30m resolution is used. The fusion of World-View-2 satellite imagery, the EOMAP Bathymetry and the ASTER GDEM allows a spectacular view of human modified aquatic environments.

The most voted picture will be printed in the GEO Magazine and the winner is awarded with a flight to the 2014 Sentinel satellite launch at Kourou Space Port in French Guiana.
In addition, all voters will enter a prize draw and get the chance to win a one-year free subscription to GEO (language of choice).