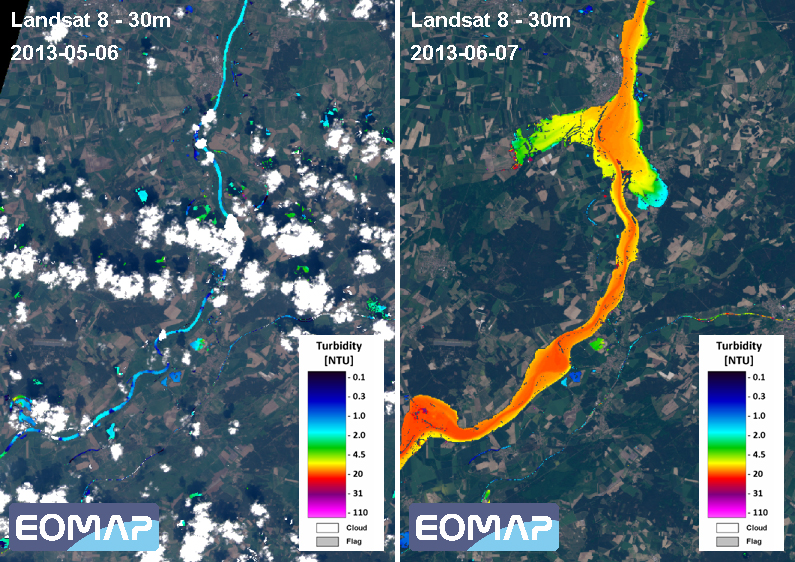 The effects of the extreme flood events in the river Elbe region in North Germany can clearly be visualized by turbidity products processed by EOMAP. Both, the extent and the turbidity in this part of river Elbe have been affected by heavy rainfall in early summer. The image on the left, captured on May 6, 2013, shows a part of the Elbe in the federal state of Saxony- Anhalt under normal conditions. The right image shows the same area on June 7, 2013 affected by floods.

The most recent Landsat 8 images from NASA, which became available in early June, have been used as data source.