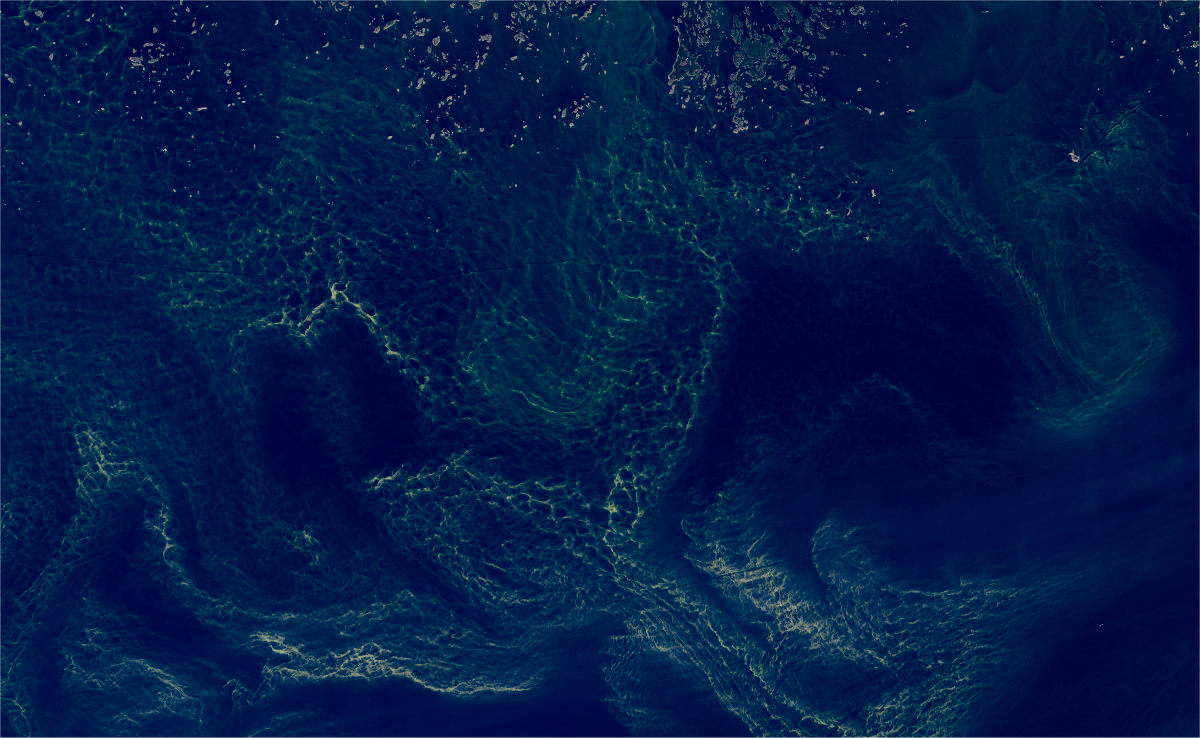 During summer months, algae blooms covering large areas of the Baltic Sea are a common phenomenon. High nutrition inflow from the adjacent land, a low exchange of fresh water with the open Atlantic Ocean and plenty of sunlight all together create perfect conditions for algal growth. 2015 was not an exception as a large bloom was underway south of the Finnish skerry coast in the Gulf of Finland during August. Clear skies allowed Landsat 8 to get an impressive view on August 11th. 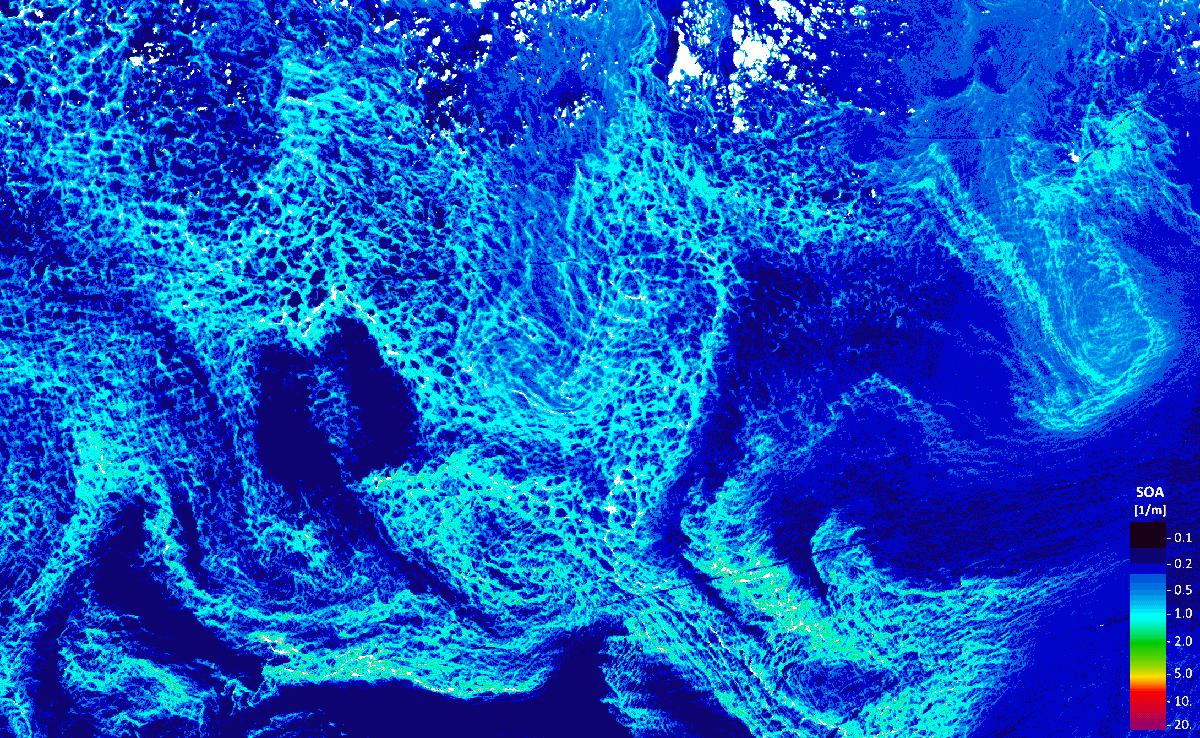 The image covers about 65*40 km of the most structured part of the bloom. The image above shows EOMAP’s Sum of Organic Absorption (SOA) product which is the absorption of light [1/m] by particulate and dissolved organic matter. The highest values of organic absorption (light blue) can therefore be found along the densest algal patches.

Other EOMAP products reveal further characteristics of the most recent bloom: 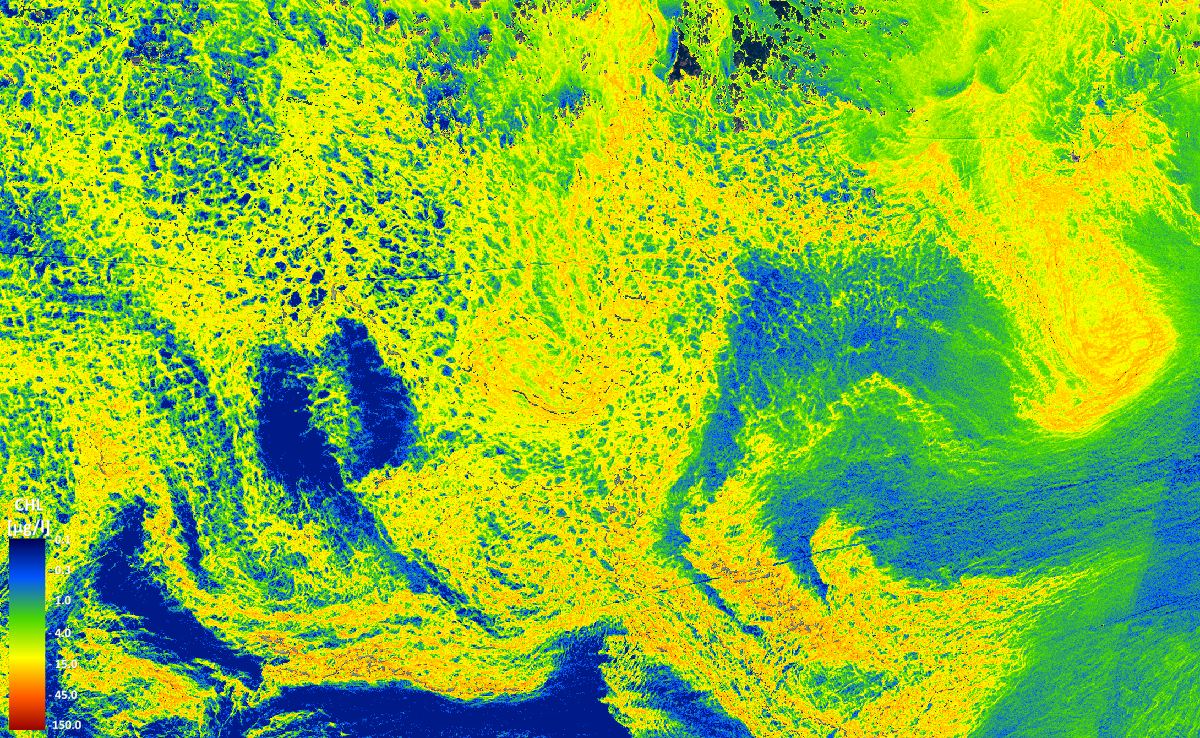 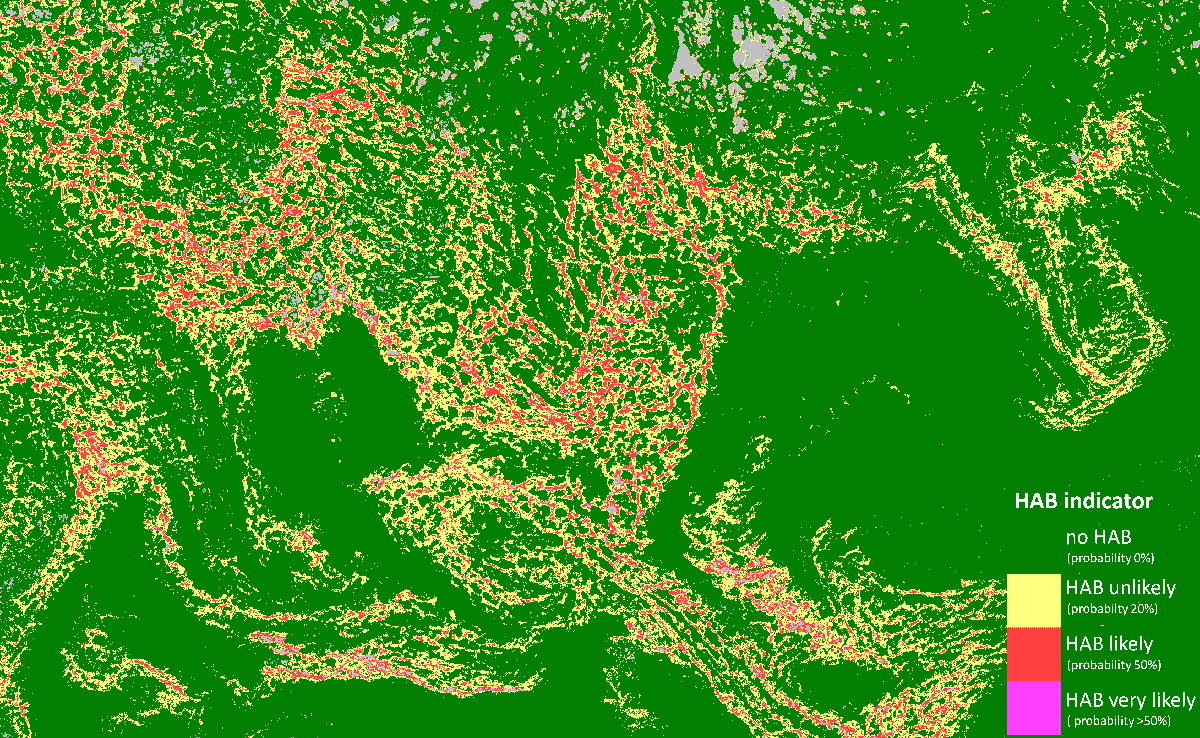